"Bila vumbi siyo Africa", means "without dust it isn't Africa…"
Not only dust, but also heat and hard work are the ingredients of a recipe for an irresistible adventure: Safari!!*
Africa is a perfect blend of genuine passion and pristine beauty. Once the savannah and the tribal rhythms are left behind, the yearning for a relaxing holiday soon takes over and, all of a sudden, you picture yourself lying on a hammock, sipping a drink under a palm tree casting its shadow on the blindingly white, powder-like sand, with the limitless turquoise blue ocean in the background, in other words:  Zanzibar!!
When the safari is over, your vacation can be extended with a custom-made trip to Zanzibar.
What more can you dream of?

* At Primaland, we are against any form of violence on animals, therefore reference to the word "safari" in this website is to be meant exclusively as "photo safari", which is the only safari experience that we organize, arrange and support.

The Zanzibar archepelago is a semi-autonomous region of the United Republic of Tanzania. This enchanted place, one of the most representative of the Swahili culture, lies in the Indian Ocean, just off the coast of continental Tanzania, separated from it by the Unguja channel, 40 km wide in its narrowest point. It is connected by air with the city of Arusha, with flights taking about one and a half hours.

Zanzibar has had a very troubled history.
The position of Zanzibar in the Indian Ocean has been both a blessing and a curse. In fact, being at a crossroads of the major trade routes, a privileged position for commerce, was also the main reason why it was exposed to raiders and plunderers bringing devastation, since it was the first land they encountered on their way to the African continent. Over the centuries, it has fallen under foreign domination, mainly by Arabic, Persian and British powers, which have contributed to much of its splendour, but also left scars of violence and subjugation.
Once famous for the ivory trade, Zanzibar also had a huge slave market. Slaves were brought to  the  Island from the Continent before they were sold or boarded on ships for other destinations.  The Zanzibar archepelago is also known the world over as "the spice islands".

As well as keeping its commercial nature intact over the centuries, Zanzibar has rapidly become a major tourist destination because of its cultural heritage and the incomparable beauty of its natural features. Thanks to its equatorial climate, warm all year round, it is paradise for tourists with its enchanted lush vegetation, where palm trees stretch as far as the eye can see, along blindingly white tongues of ultra fine sand against the backdrop of the ocean. Its incredibly rich marine life makes it a Mecca for snorkelers and water sports lovers.
Tourists are welcomed by the inebriating smell of spices (ginger, nutmeg and cloves) and the friendliness of the locals people. The old town, among perfumes, music and the traditional athmosphere of the alleyways shows its sincere warmth, which makes them feel home.

Lovers of the greatest music of all time will feel elated to know that Stone Town, a part of Zanzibar City, boasts the birthplace of one of the greatest singers ever, Queen's legendary frontman Freddie Mercury, whose parents' home is now a bookshop.
Hereunder is a short description of the archepelago's main islands, where the lodges we have selected for your stay are really good value for money. 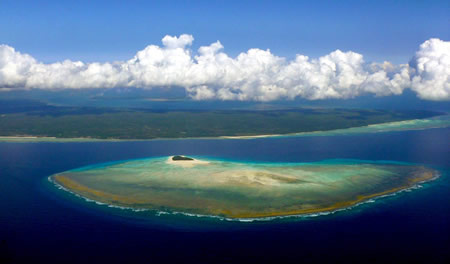 Mostly known for its wonderful beaches, where vacation stands for ocean, diving and sports, Zanzibar also provides the most relaxing holiday experience, simply basking in the sun or lying in the shadow of a palm tree on white, endless stretches of sand, in a triumph of colours to feast your eyes on.
However, the ocean surrounding Zanzibar has a strong tidal flow, with a large rise and fall of its waters, which sometimes prevents swimming. Despite the sheer beauty of the whole coast, the northern part of the island is less subject to this phenomenon, therefore the best for bathing.

Zanzibar is also a vibrant city with a population of 200.000 which offers every kind of accomodation and entertainment facilities. The island is a perfect nest for people looking for relaxation, but also provides a lot of nightlife in the teeming streets of the old town, among pubs, good music and fun.

As well as for its natural features, Zanzibar is well worth a visit for its historical importance. It bears signs of its troubled past, especially visible in the capital Zanzibar city, whose old part, Stone Town, is a designated Unesco World Heritage Site. Here the traces left by the populations that have dominated the archepelago are still visible in a mix of architectural languages, bearing fitness to the subsequent waves of colonization occurred over the centuries. Very often, adjacent buildings belong to different eras, in a fabulous fusion of styles unique to this place.

Also known as Prison Island, is situated 5 km north-west of Zanzibar Town where, in past times, the slaves were held before being sold. Its white beaches and crystal-clear turquoise blue waters are home to several specimens of giant turtles.

Is a small beach, in the north of the Island, near some sites of historical interest.

Included in the CNN list of "the 100 most beautiful beaches in the world", this quaint little fishermen's village at the northern-most tip of the Island is famous, as well as for its magical sunsets, because of the reknowned "dhows" built here in past times. The dhows were wooden boats, with triangular sails, generally used as cargo or fishing boats, specially built for sailing always in the same direction.

Small village with powder-like white-sand beaches, is a treasure trove of tranquillity, repository of local customs and traditions accurately preserved.

Is a 5-km beach of blinding-white, fine sand and lush palm trees lapped by crystal-clear waters. The high concentration of hotels, resorts, guest houses and entertainment places makes Kiwenga one of the most popular tourist destinations on the whole Island.

South of Kiwenga, is a crescent-shaped pure white strip of sand surrounded by sky-high palm trees. The colour contrast between the beach and the deep-blue ocean is literally mesmerizing.

Until recently a small fishing village, it has soon become home to many hotels and resorts, as well as being a favourite destination for kitesurfers and one of the most tourist places on the Island.

Just south of Paje, this long, beautiful beach is a treasure trove of local culture and tradition accurately preserved.

Small fishing village reknowned for the presence of a group of dolphins in its waters, which are an irrestistible attraction for tourists from all over the Island, who love watching them as they leap out of the water and splash about in the deep-blue ocean.

Are not beaches, but deserted islands lying 12 km south of Zanzibar. They were part of a protected area, in the past closed to the public because it was a military zone. Chumbe and Menai Bay's coral reef hosts such rich fauna that the islands are widely considered to be among the most beautiful places of the whole Africa.

In general, the whole of Unguja or Zanzibar Island should be paid a visit. Its warm waters and the surrounding coral reef make the place an ideal spot for divers. Its beautiful seabed hosts flora and fauna rarely found elsewhere.
One of the major travel destinations in the entire Africa is Mnemba, a private Island which can be accessed only by guests staying at Mnemba's only resort, the Mnemba Lodge.
However, the Island can be reached by swimming and access to it is allowed to divers or snorkelers. In fact, it is a Mecca for divers, who can enjoy the vision of an incredible number of fish teeming its waters among colourful corals, barracudas, tuna fish, morays, turtles and dolphins. During the migratory season, the spotting of humpback whales is also possible.

Just a few minutes away by air from Unguja, Pemba is an Island whose lush vegetation is home to an incredible variety of animal species. Surrounded by a deep-blue ocean, it has long, white-sand beaches with many birds which give it the primordial charm of the little Island lost in the middle of the ocean, perfect place to escape from hectic everyday life. The locals still live on agriculture, fishing and the cultivation of algae and cloves, as if time had stood still for centuries. As a matter of fact, mass tourism does not exist on the Island and, unlike Zanzibar, no luxury hotels and resorts can be found.

Pemba is the ideal place for beach-hopping among lagoons and pristine strips of land merging with the deep blue ocean. The warm and crystal-clear waters, with their amazing seabed, are paradise for divers and snorkelers.
Thanks to Pemba's incredibly rich marine life, because of the coral reef surrounding it, divers can easily come in contact with turtles, sharks and sometimes whales, as well as millions of other fish of every shape and colour teeming its waters.

One hour away by boat from Pemba is a small Island called Misali. This small oasis is another one of the most popular places in east Africa for diving and snorkeling. On its beaches, green and hawksbill turtles, the latter of which are an endangered species, lay their eggs.

Misali Island is part of a protected marine area, the Pemba Channel Conservation Area, which also comprises the western reaches of the Island of Pemba.

This group of islands, once known as the "spice islands", together with Pemba and Zanzibar is in the southeast of Tanzania, about 25 km from the coast and is made up of three main islands, small Juani, Chole and Mafia, the latest of which is the biggest.
Wild and remote Pemba is a jewel off the beaten track. Mass tourism-free, the Island is still inhabited by kind people living their simple lives, making a living from fishing, agriculture and the cultivation of spices. In past times, before the slave trade was over, the archepelago used to be a major trade hub, being parallel to the delta of the Rufjii river.

The lush vegetation, mostly made of mangroves, stretches from the heartland to the ocean and the presence of very few lodges, in harmony with the landscape, leaves its raw beauty unspoilt.
As with the other archepelago islands, the coral reef protects Pemba from the violence of the ocean and makes the marine life thrive. This paradise for lovers of water sports hosts turtles, dugongoes, manta rays and a lot of other creatures, in an triumph of colours and shapes. There are over 50 different coral varieties here, all untouched.

Absolutely not to be missed is the trip to spot the innocuous whale shark or the experience of swimming side to side with it, which is found in these waters from November to April, before it heads off to Madagascar looking for plankton. Swimming along the biggest fish on the planet, which measures up to 12 m in lenght, equipped only with flippers, mask and snorkel is pure adrenalin, the thrill of one's lifetime!

Tour operator for trips and Safaris in Tanzania and Zanzibar.
Certified Tour Operator in Tanzania