The day of your lifetime has finally arrived….

The greatest of your dreams has come true, plans and expectations shape your lives together as one, hopes and dreams are jealously kept in the safest of places: the Hearts of two who beat as one.

It is from the Heart of Africa that the best of our wishes is sent to you. May your life be enchanting like Africa, which gives you her heart, but yours takes…

We’ll be waiting for you, to seal a Love which becomes immense like the plains of Serengeti, as big as the eyes of a child, black as ebony, who smiles at a foreigner.

Here, where a billion Hearts beat as one, where modernity neither wants, nor can ever erase History, where History began.

We’ll be waiting for you, here! May the Heart of Africa beat forever in yours...

Primaland is a tour operator specializing in African tours.

The itineraries found in the “Honeymoon” section have been specially arranged for couples so that their holidays will be a wonderful experience.

Among love, passion, beauty and enchantment, you’ll keep memories of the spectacular plains of the endless heartland with its tribal rhythms, the blindingly white sand of Africa’s immense beaches in the treasure trove of your most precious emotions.

Hereunder is a short description of the four proposed itineraries: 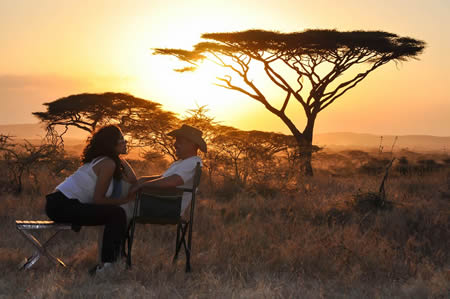 Tanzania welcomes the traveller with unrivalled natural features highly evocative of a primordial continent, Africa, indissolubly linked to the fascination for the big predators of Serengeti, Ngorongoro and other reknowned destinations.

In the immense savannah, under the bright stars of the austral sky, in the shadow of solitary Kilimamjaro, the noise from the steps of the first hominids on earth can still be heard, in this remote place where the magnificent adventure of mankind began…

It is here that you’ll be watching the greatest migration of herbivores on the planet, which repeats itself annually, with the beasts constantly moving along a circular pattern in search of grasslands. The big predators liying in ambush will turn these plains into the stage of an all-out struggle for survival you’ll have the privilege of watching from the front row seat.

We’ll take you to lake Natron, where nearly every form of life is turned to stone, or inside the crater of a dormant volcano, still into the great protected areas or on the summit of Africa, legendary Kilimanjaro, coming in contact with the local tribes of the Datoga or the Hadzabe, who refuse modernity altogether and still live as they did over 10.000 years ago.

In the warm light of a magnificent sunset, come find us in Tanzania… 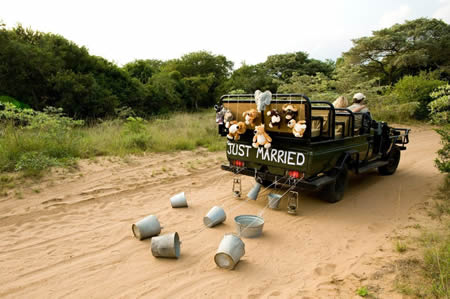 Mother Earth provides the roots of our existence, the greatest things, the most genuine emotions.

In the throbbing heart of Tanzania, you’ll see the greatest natural spectacle which the human eye can ever behold, here where the animals are in the spotlight and man watches from the corner, contemplating the magnificence of the scene, with preys and predators running to save their lives or chasing to survive.

May your marvellous experience together begin under the bright star of adventure and, when life calls, may the spirit of the safari teach you to be strong and fight ‘till you win, like lions do!

From here we send our best to you. Come find us!!

* At Primaland, we are against any form of violence on animals, therefore reference to the word "safari" in this website is to be meant exclusively as "photo safari", which is the only safari experience that we organize, arrange and support.

Precious gem in the majestic, blue Ocean is Zanzibar, marvellous pearl shielded by the giant Continent. Crossroads of trade and people in the past, it welcomes you with the waves lapping its pure white beaches, amongst tall palm trees and inebriating perfumes…

Known the world over as an island of the Spice Archepelago, you are warmly welcomed by Zanzibar’s kind soul, despite the island still bears signs of its colonial, troubled past, especially visible in the old towns teeming with friendly people immersed in the island’s rhythms and its vibrant athmosphere, among different architectural styles and a very colourful, multiethnic cuisine rich in spices.

It is here that we’ll be waiting for you, so that your relaxing holiday, far from mass-tourism, can be a precious moment of intimacy among amazing perfumes, tastes and the beautiful colours of the boundless sea… 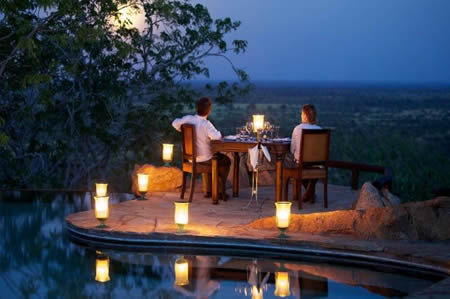 A yearning for Africa, the whole of it, the Continent and its pearls lost in the boundless Ocean…

I’d like to, but I can’t get enough, quench the thirst deep in my soul.

I know just memories of what I’ve seen will remain and a flame of desire, never dulled, to get to know what I haven’t …

And so we’ll be going through the sun-scorched savannah, in the heart of Mother Africa, among wild animals and plains that stretch beyond the horizon…

We’ll be going along the shore of the infinite sea, on beaches of pure white sand and through quaint little towns, among inebriating smells and people from everywhere…

We’ll be going by land and sea, and although we can’t give you all of its magic, under its skies we will seal a Love as big as Africa …

Tour operator for trips and Safaris in Tanzania and Zanzibar.
Certified Tour Operator in Tanzania License No. 001565